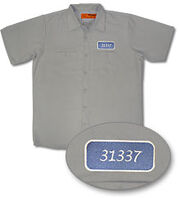 Short for "elite", sometimes typed as l33t. Often used to describe something as being particularly awesome or cool. Legend has it that it originated from the way Hackers used to speak. Today, using this kind of lingo is generally looked down upon when used seriously.

This word has a myriad of variations with different combinations of letters and numbers, such as 31337 and l33t.