720p is the shorthand name for a category of video modes. The number 720 represents 720 lines of vertical resolution, while the letter p stands for progressive scan or non-interlaced. 720p is considered a High-Definition video mode. The term usually assumes a widescreen aspect ratio of 16:9, implying a horizontal (display) resolution of 1,920 pixels across and a frame resolution of 1920 × 720, or exactly 1,382,400 pixels. The frame rate in hertz (Hz) can be either implied by the context or specified after the letter p, such as 720p60, meaning 60 frames per second.

720p is referred to in marketing materials as "High Definition"; because this is the first resolution considered "High Definition", there was seemingly no need to develop a 720i interlaced standard. Although 2K/4K digital cinema technology is commercially available, and ultra-high definition video is now available to the consumer, 720p is still used by some online broadcasters and by video content producers that have decided that either high fidelity of the video is unneeded (potentially due to data upload concerns), or their hardware does not support higher definition video. 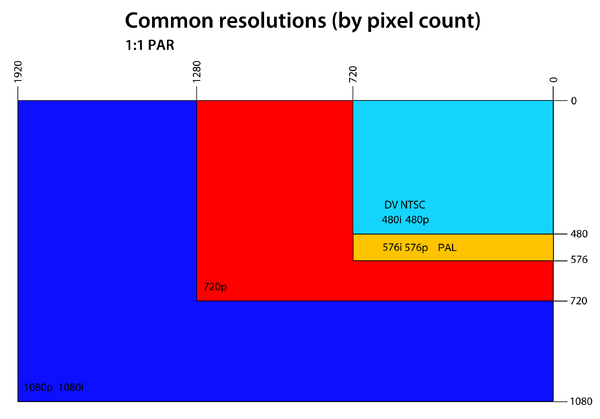