Bravoman, known as Beraboh Man (ベラボーマン Berabouman?) in Japan, is the main protagonist of the game Bravoman. 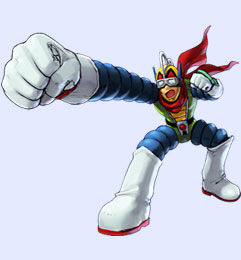 Arnold, known as Hitoshi Nakamura (中村等 Nakamura Hitoshi?) in Japan, is a mild-mannered salaryman with wife and two children that gained the ability to change into the superhero Bravoman from the alien Alpha Man to stop the evil scientist Dr. Bomb and his army of robots.