The game's story focuses on mostly Flint Abrahams, a world famous big game hunter. Unfortunately, he takes it personally after the death of his friend, a fellow hunter named Sergei Demochev, by the hands of a grizzly bear. Traveling the world hunting for animals that are dangerous compared to the grizzly such as lions, snakes, crocodiles, grey wolves, hippopotamus, leopards, mountain lions, cape buffalo, elephants, jaguars, and elk, he will stop at nothing to complete his goals during the missions he is on and find the perfect trophy animal at the end of the story.

The game's story focuses on Flint Abrahams, a big game hunter. Flint is in Russia where he is hunting for red deer with his hunting mentor and friend, Sergei, but a brown bear attacks them and kills Sergei. After fending the grizzly off, Flint makes a choice - he has decided to start hunting dangerous game to become the world's greatest hunter.

Flint travels to Tanzania to hunt lions with his friend Henry Tally. Tally decides to make a bet, where Flint hunts a lion bigger than Tally's. Later, after baiting some lions with impala meat and fighting waves of spotted hyena, members of a lion pride attacks Tally's camp at dusk, where some workers are constructing a bridge. Flint protects the camp, and in the process, completes his objective of taking down a lion larger than Henry's.

Next, Flint goes to Alaska and talks to a forest ranger about hunting a trophy brown bear. After fighting gray wolves and surviving an attack by a moose, he manages to find the bear with the help of another ranger, but when he tries to take it down, he causes an avalanche. The ranger was right in the path of the avalanche and Flint, who manages to take down a cougar, finds the ranger buried in snow with the bear sniffing around the remains of a cabin. Flint kills the bear and rescues the ranger.

Flint proceeds to Ecuador where he hunts a jaguar. However, the big cat is startled when a plane crashes through the jungle. After fighting black caiman, Flint saves a woman in the crash site named Veronica Soto from an anaconda, and she says her husband Rodrigo is out in the jungle somewhere. Flint gives her his pistol and goes to rescue Rodrigo, fights python, and baits piranha with capybara. He finds Rodrigo about to be attacked by the jaguar but manages to save him from the carnivore. 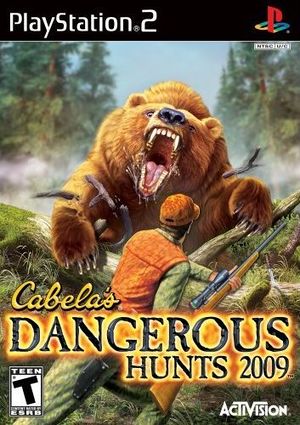 Then, Flint goes to India where he has to control the numbers of striped hyenas due to attacks on livestock and children. He finds rangers who are relocating tigers. He hitches a ride, but boulders fall onto one of the trucks, and four of the tigers escape. Flint then retrieves all four cats by using a tranquillizer gun.

Flint then travels to British Columbia to hunt cougars. After fighting elk and grizzly bears, he baits a cougar and hunts it. After that, he heads to the Congo with Henry Tally and their friend Daniel Heath to hunt cape buffalo, but they have to navigate a river full of aggressive hippos and Nile crocodiles. Flint manages to get a buffalo after fighting giant forest hogs and snakes, but later finds Tally and Heath up trees with a buffalo herd underneath them. Flint fends off the buffalo and rescues the men.

He later goes to Thailand where he is hired by a forest service to tranquillize Asiatic black bears, and place radio collars on them for tracking, due to their unusual aggressiveness. While doing so, he is attacked by a leopard and sneaks around an Asian elephant herd.

Then Flint goes to Namibia to hunt leopard with famous hunting guide Dominic Rosseau. However, Dominic gets attacked by a leopard. Flint goes to carry him to the truck, but an angry white rhinoceros flips the truck over, which is then dispatched by Flint. Flint tells the driver he will go get help, fending off African elephants along the way and killing a scar-faced leopard. Flint then reaches a nearby village and tells the people about Dominic, who then gets rescued.

Finally, Flint goes back to Russia for a wolf hunt with Sergei's son Yuri. However, some of the wolves escape into the forest, where Yuri's truck can't get through. Flint decides to go on his own, tells Yuri to stay and continues on. He then hunts wild boar to bait the wolves. After dispatching the last of the pack, the bear that killed Sergei returns and tries to kill Flint, but he manages to grab a piece of wood and impales the bear on it after a long fight. Yuri runs out to Flint, where he tells him, "This is him, Yuri. This is the animal that ended your father's life."

The game received mixed to negative reviews. It was given a 5.2 on IGN, stating "Cabela's Dangerous Hunts 2009 incorporates aspects of the hunting, adventure and first-person shooter genre, but doesn't do any of it particularly well. It doesn't require any strategy to hunt down your prey, and once you have located your target you shouldn't have any trouble taking it down with a well-placed shot or two, and those facts conspire to make the hunting experience entirely un-gratifying. The adventure aspects of the game don't require any strategy or problem solving either, acting instead as stilted interludes used to fill the space between point-and- shoot hunts. While this game has some fun novelty appeal, it has very little lasting appeal and is definitely a better rental than a purchase."[1]