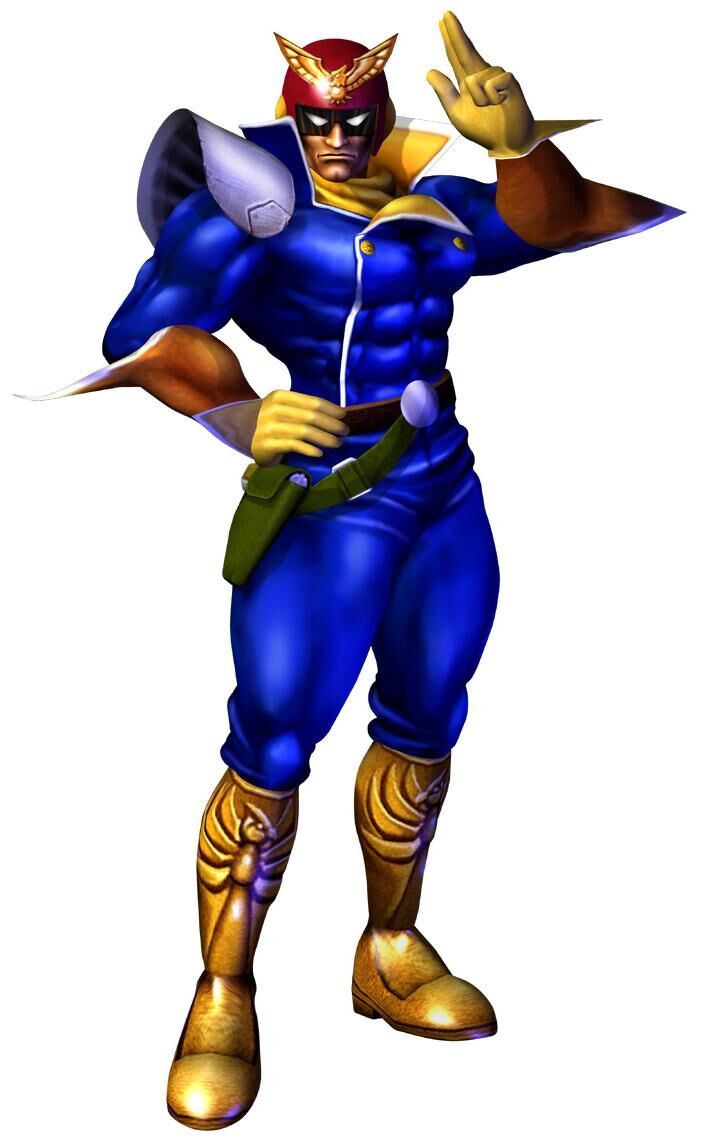 Captain Falcon (full name: Douglas Jay Falcon) is the main human character in Nintendo's F-Zero video game series, where he drives and/or flies the "Blue Falcon", arguably the most well-rounded vehicle in the game. He appears as a playable character in Super Smash Bros. (as an unlockable character) and its sequel, Super Smash Bros. Melee (as an initially available character). A description text in Melee reveals that, when he is not taking part in races, he works as a bounty hunter. Just how many bounties he's brought in is unknown but, the number is said to be astronomical. Aside from the fact that he hails from Port Town, details on his background remain elusive.

In the Super Smash series, Captain Falcon is pretty well balanced medium weight close combat fighter. His signature move is the Falcon Punch, a tremendously powerful attack during which Falcon's fist ignites while a fiery falcon simultaneously appears behind the Captain and hurls itself at his adversary, as he delivers a punch of incredible force . This move is performed by hitting the B button and requires a certain amount of time to execute. In Super Smash Bros. Melee, Ganondorf is considered to be a "clone" of Falcon since their moves are very similar.