Christopher Belmont is the protagonist of Castlevania: The Adventure and Castlevania II: Belmont's Revenge for the Game Boy. Like Trevor before him, Christopher is one of the few Belmonts that fought against Dracula more than once.

It is 1576, one hundred years after Trevor Belmont defeated Count Dracula and 97 years after the former Devil Forgemaster Hector prevented him from having an early resurrection. Dracula has returned from the grave with his full strength thanks to the power of the Crimson Stone. He wastes no time in continuing his quest to wipe out all of humanity and it isn't long before the Belmont family senses the Count's renewed presence. This time Christopher Belmont, the current heir of the Vampire Killer whip, sets out to face him. Christopher battles his way through Dracula's minions and traps until he finally makes his way to the Castle Keep where the two do battle. In the end, Christopher believes he has won. However, Dracula only feigns death, allowing his body to die but his foul spirit to

live on. The Count has a much more sinister plan in mind... 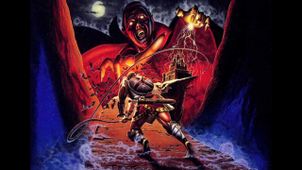 Christopher in The Adventure Game Cover. 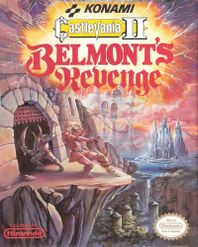 It has been fifteen years since Christopher confronted Dracula and slew him. In these years that have passed

Christopher's son Soleiyu has turned fifteen years old and the Belmont clan is preparing to celebrate his coming of age. Unfortunately, the celebration is cut short as Soleiyu is kidnapped by the spirit of Dracula. He then transforms the boy into a demon and uses his inherent power as a Belmont to create a new body for himself, construct four new

castles, and a citadel in the middle of them. Christopher immediately sets out to rescue his son and destroy Dracula again. After defeating the guardians of Dracula's four castles, Christopher makes his way into the citadel. There he finds Soleiyu, who is still under Dracula's control. After being forced to fight his son, Christopher manages to free him from the Count's grasp. Christopher then goes after Dracula himself and after an intense fight is finally able to destroy him.

Since he only appears on the Game Boy, Christopher's combat style is not as varied as other Belmonts. In his first incarnation Christopher could only attack with the whip. There were no subweapons for him to use. However, in its most powerful form, Christopher could actually throw fireballs from his whip, a rare ability among his kinsmen. 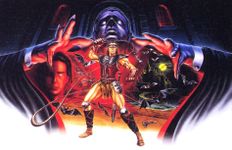 Christopher Belmont, in the Japanese Game Cover of Belmont's Revenge.

In his second adventure he could now use the axe (the cross in the european/japanese version) and holy water as a subweapon. These weapons could be used by collecting hearts. Christopher is one of the slowest Belmonts in the series, because of the gameboy: things that move too fast can't be seen that easily on a gameboy, so they made almost everything in the game as slowest as possible.