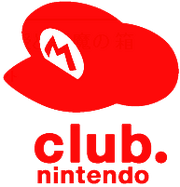 Club Nintendo was a long-running Nintendo loyalty program that offered various rewards for players who continually bought and registered Nintendo products, such as video games and consoles. The program started in 2002 in Europe, and eventually expanded to include Australia, Japan, and North America. On January 20, 2015, it was revealed that the Club Nintendo services would be shutting down their American and Australian websites on July 1, 2015 and their Europe and Japan services on September 30, 2015. All accounts/earned coins would be deleted. [1]