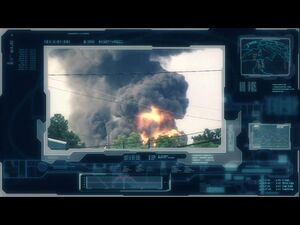 In the year 2047, the world becomes heavily infested by tiberium, which caused the Global Defense Initiative separated the earth into three zones. The red zone which make up 30% of the earth's surface is contaminated with tiberium and can't support human life. The yellow zone is designated to 50% of the earths surface and contain an dangerous amount of tiberium and 80% of earth's population. The yellow zone areas suffered social and economical impacts due to wars between Nod and GDI forces. This area enabled the Brotherhood of Nod to conceal their forces from GDI. The blue zones which is 20% of the earth surface and uninfected by tiberium. The blue zones are under GDI protection. 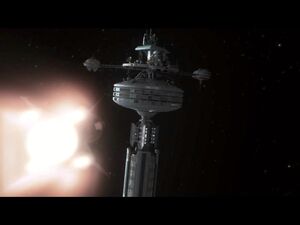 Nod Forces raided the Goddard Space Center in Maryland and disabled GDI's anti ballistic missile capabilities. In March 2047, the Brotherhood of Nod launches an nuclear missile at GDI's orbital station Philadelphia while GDI's directors were having a resource summit meeting there. This marks the start of the third tiberium war. GDI Treasury commissioner Redmond Boyle was put in charge of GDI command as the acting director.

Nod seized the GDI Hampton roads naval base and Andrews Airforce base to the south preventing GDI reinforcements. Nod then took GDI Central Commmand in Washington DC and the White House. In response GDI rallied their troops and attack Nod forces all around the globe.

Nod defends their tiberium research base in the Amazon and then moved their liquid tiberium material out of Brazil to Sarajevo, where they built Temple Prime over their old temple from 1995. General Quatar was not informed of the tiberium weapon in the amazon and she was sent to Australia. GDI InOps discovered that Nod was developing a liquid tiberium bomb but General Granger did not inform GDI director Boyle of the Weapon. 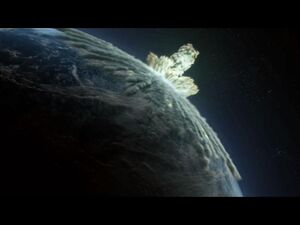 GDI destroys a liquid tiberium lab in Egypt and destroyed the Nuclear missile facility in Cairo where the launch site of the nuke that took out the philidelpia was located. Director Boyle ordered an assault on Temple Prime. As GDI assaults temple prime, General Quatar request reinforcements in Ayers Rock, Australia but Kane refuses and continues developing a liquid tiberium bomb under Temple Prime. While defending Temple Prime, a small Nod force questioned Kane's leadership and went against him. GDI destroyed three signal transmitters making the Temple vulnerable to an ion cannon strike. GDI receives intel that Kane and his inner circle is under the Temple Prime. Kane evacuates the temple taking only what is essential and heads to Australia leaving a tiberium deposit for GDI to hit with their Ion Cannon 72 hours later. Director Boyle orders to use an ion cannon strike on temple prime, even though General Granger tells him it is highly unadviseable because of a disaster. Director Boyle's reason for using the ion cannon was for avenging the attack on the Philidelpia. 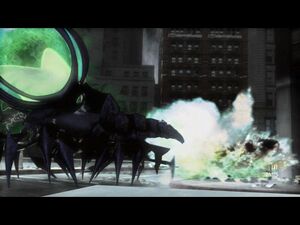 The Ion Cannon strike on Temple Prime left millions dead in Europe. The press covered it as a desperate act of terrorism. The blast attracted the Scrin who heads towards earth with six craft. In Australia, Kane is no where to be found and General Quatar takes charge of the brotherhood. She plans to steal GDI's nuclear missiles and conquer continents taken by GDI one at a time. Lt. Telfair reports that there are alien crafts headed towards earth. Director Boyle fires all the ion cannons at the scout ships causing the Scrin to drop 39 Dropships around the globe. The Scrin Overlord was advised by his EVA unit to abort the mission but he refused. He decides to deploy units to explore the indigenous populations and stop harvesting operations of Ichor (Tiberium). The Scrin started attacking the city to divert forces on earth from their tower construction. When Killian sees the Scrin she views them as a greater threat than GDI and allies with a GDI commander to defend the city agains the Scrin invasion and she also planed to take the launch codes from GDI at the same time. Ajay views the alliance as treason to Nod. The InOps decryption of the Tacitus in 2028 shows that a Scrin invasion was linked to liquid tiberium. When the Scrin started invading Earth Director Boyle moved into a protected bunker in Reykjavík, Iceland. GDI recovers research from the New Eaden Research facility in Munich, Germany which was a yellow zone that was converted into a blue zone. GDI discovers that the Scrin are weakened by their sonic technology developed from the second Tiberium War and drives the Scrin out of Germany. Then GDI destroys their base in Switzerland. 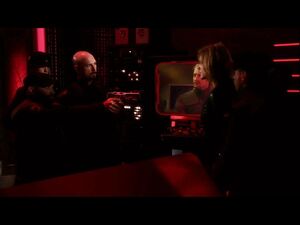 Killian gets killed for treason

Kane is alive and sends Nod forces to seize Ayers Rock where Killian's base of command is located. He also mentions that the Scrin are part of his plan for ascension. Kane halts Killian's attack on the Scrin and orders Nod to stand down. When Killian was captured, she was question on her loyalty to the brotherhood. Kane was informed by Ajay of Killan's betrayal and was questioned her about the events in Sarajevo of the Nod forces turning against him. Killian described it to be a renegade squad led by a GDI Mole and Kane allowed Ajay to decide the verdict. Then he ordered Killian to be killed for treason. Kane reveals that he had no intent of winning the war against GDI and that the liquid tiberium explosion would attract the scrin. The reason why Kane engages in combat with GDI was to provoke them to use their ion cannon to create a large enough blast to disperse the liquid Tiberium and to also thin out GDI forces against the Scrin. The scrin are building 19 towers which are threshold assemblers around the globe and they are coated with a forcefield which is inpenetratable unless codes are obtained from their relay stations. Kane plans to steal theses codes so members of the brotherhood can enter the tower and ascend. The Scrin Overlord suspects that they were lured in by the blast and tells the Forman 371 to investigate the sites in two information facilities.

GDI discovers that the towers are being constructed in the red zones and the Scrin have stopped attacking the cities and started defending their red zones. They discover that knocking out phase generator that protect the tower from attacks and decides to target them and then use the Ion cannon to destroy the towers. GDI starts destroying towers across the globe. Kane creates a Tiberium Catalyst Missile to counter the Scrin units and structures. The Overlord uploaded the central data core and discovers Kane and wants more information on him. The overlord noticed that Kane is registered in their database but they don't have any data on him.

The Brotherhood of Nod captures relay nodes from the Scrin in an assault staging ground to acquire codes to access the tower. As GDI and the Scrin engage in battle at ground zero, where tiberium first landed on earth in Italy, Nod sends a tatical team to capture the Scrin and GDI construction yards and use them to eliminate both the Scrin and GDI because the battling interferes with the completion of the tower. Foreman 371 is ordered to finish construction of a threshold assembler tower and he then sends the mother ship into the tower. The Foreman saves the scrin units and enables planetary escape in the threshold assembler tower. The Overlord then informs Forman 371 that they will reactivate the tower if more information is needed on Kane and prepare an invasion force, earth will fall. With only four towers left the brotherhood discovers that to the towers become impervious to attack after they are completed. Kane sends a force to secure the tower in southern Italy and protect it from GDI. Once the tower is complete it is invulnerable to human attacks. Kane explains that the secrets of tiberium awaits Nod, and with them the control of the universe. The Nod commander enters the gateway with Kane and the screen turns white.

There is one tower left in southern Italy which is only left standing because of protection from heavy forces of the brotherhood and the scrin. North of that position is a control node which regulates tiberium radiation to Scrin units. GDI discovers that if the node is destroy the scrin will stop functioning. Director Boyle that he confiscated Nod's Liquid tiberium technology and ordered GDI weapons tech to develop a Liquid tiberium bomb. General Granger is opposed to using the Liquid tiberium bomb because it will cause massive casualties and it will make GDI dependant on tiberium weapons. Boyle claims that GDI is entrusted to protect the public and should use everything in their power to end the war no matter the casualties. With the node destroyed the scrin units stop functioning fall over. GDI does not take down the last tower which later turned invulnerable to humans and was discovered to be inert and harmless.

If the tiberium bomb was not used Granger congratulates the commander on an honorable victory. Boyle resigns as director for authorizing the use of the liquid tiberium bomb or he would have had to face war crime charges. The commander is deemed a hero.

If the tiberium bomb was used the death toll of dropping a the bomb is 25 million because the liquid tiberium bomb set off an chain reaction in the red zone sending shockwaves throughout the globe. More tragic fallouts are predicted to happen afterwards. General Granger scorns the victory and then resigns from GDI and at the press conference Boyle puts the commander in charge of GDI's military. 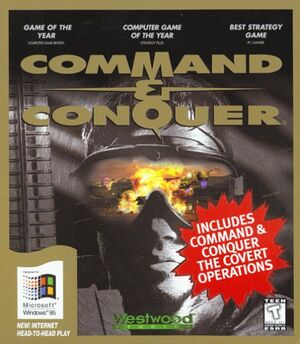 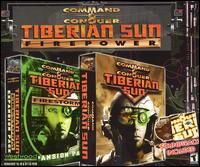 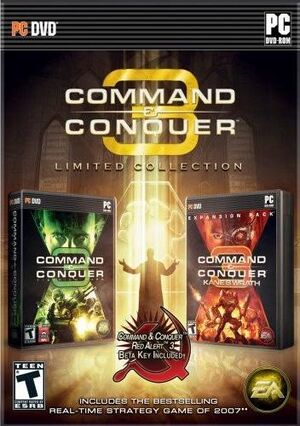