Dead or Alive 2 (DOA2) is the second game in Team Ninja's famous Dead or Alive series. The game featured a massive visual upgrade over its predecessor. The levels actually looked like locations in the world, rather than flat arenas, and instead of throwing an opponent onto exploding tiles, you would throw them into the scenery or knock them off ledges into new areas of the level. Also new to the series were "tag matches" that allowed up to four players to play a single game. Two people would play in the arena and could swap out with their partner. The enhanced level of interactivity and tag matches have since become staples of the DOA series fighting games.

The countering system received an upgrade, combining blocks and counters into a single button. The Rock/Paper/Scissors dynamic was maintained through Counters/Attacks/Holds. 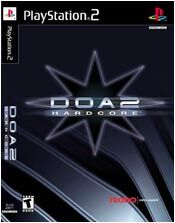