Des Blood VR (commonly referred to as just DBVR) is an action/shooter game for adults created by Illusion and released on June 7, 2003. It is the fifth installment of the Des Blood series.

The year is 2156. The space station SAFED collided with what appeared to be a huge meteorite. Three large pieces of the meteorite fell down on Earth and into the ocean, causing a huge tidal wave. Nobody suspects yet what this disaster will lead to.

Tatsuya and his partner, Kaoru, are two police officers. They are informed that a gang boss has kidnapped a girl and is holding her hostage. Tatsuya's first assignment is to rescue the hostage. Little does he know that this will lead him into confronting the mystery of the collision between SAFED and the meteorite, in which the future of Earth is at stake... 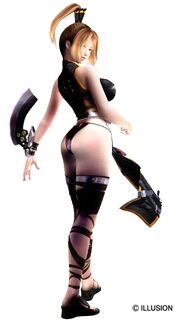 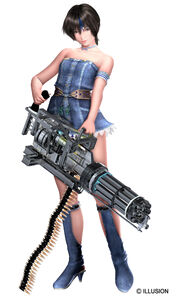 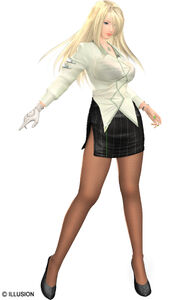 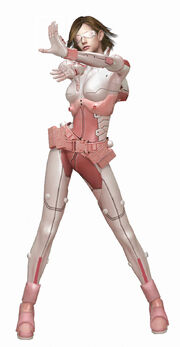 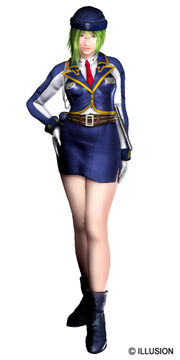 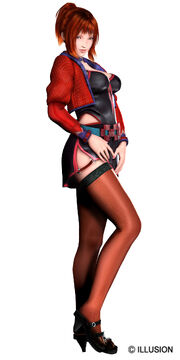 Tetsuya: the main character. He is a detective.

Hotaru: a mysterious woman who serves as the villain of the game. Tetsuya spends the game trying to find her.

Maria: a blonde lab worker. She is dating Kaoru.

There are two main gameplay modes in "DBVR". The first one is action-adventure. The player navigates a polygonal character (there are several controllable characters in the game beside Tatsuya and Kaoru) over pre-rendered backgrounds. When approaching an enemy from a suitable angle, a red cross-hair will appear, at which point the player can shoot at the enemy to kill it. There are objects such as healing kits or keycards scattered around. There is also a map that allows the player to investigate locations in a different order.

The other mode is Illusion's trademark 3D "seducing simulator". Players interact with a large 3D model of a girl by selecting an appropriate icon (touch with a hand, kiss, etc.) and a part of the girl's body or garment. Some actions can be executed in a very precise manner. For example, if one places a hand on the girl's breast, they will be able to stroke it in different directions, squeeze it, etc. Those movements are displayed on the screen as real time 3D animation.