Race Cards. Players can store records and cars on their card. 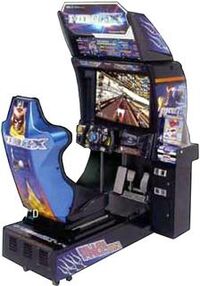 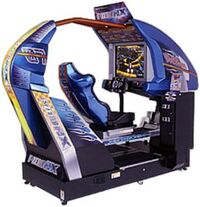 F-Zero AX was released as the arcade companion to F-Zero GX, which was out on the Nintendo GameCube at that time. F-Zero AX allowed you to hook up your GameCube memory card and race using your customized machines from GX, and also allowed you to download the special machines from AX to your card. This game also has 10 new pilots:

Also, to unlock these characters in GX. You can beat the story modes missions on Very Hard.