Today, Final Fantasy IV is known as one of the strongest games in the series for the standards that it set in the RPG genre. In its original release, it was one of the first localisation jobs for Square's North American branch.

Cecil, former captain of Baron's airship unit, uncovers a plot to gather the Crystals of the world. He must stop Golbez from gathering the Light and Dark crystals. A party member and close friend of his is working to help Golbez in his mission. 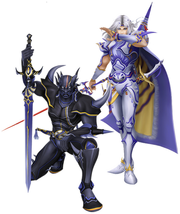 Cecil is the commander of Baron Kingdom's fleet of military airships, the Red Wings. He started as a platoon leader of the Baron Army, during which time his strength was recognised. Under the king's orders, he trained to master the dark sword and became a dark knight. Around the same time, Baron's first Royal Air Force was established, and the king appointed Cecil captain of the fleet.

Orphaned at a young age, Cecil's growth is attributed mostly to his natural ability. The king of Baron adopted him when he was 2 and raised him. Cecil entered Baron's military academy with schoolmate Kain upon graduating secondary school. 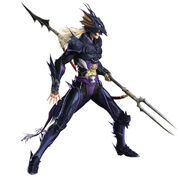 Kain is commanding officer of the dragon knights, also known as the Dragoons, a crack military squad noted for their abilities to control dragons and fight in the air. Making full use of their power, the dragoons reigned supreme for a long time among Baron's military ranks, until the invention of the airship.

Kain lost his father who was also a dragon knight, at a young age. He claims that being a Dragoon makes him feel closer to his father. Kain is a man who takes great pride in his heritage. 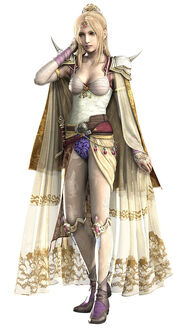 Rosa grew up with Cecil and Kain. She was born and raised in a noble family, receiving special education in archery at a tender age. Now an expert, she is second to none with projectiles. As one of Baron's white mages, she heals the sick and wounded.

Rosa chose to become a white mage because of her feelings for Cecil. Just as her mother and father fought together in their youth, she wishes to fight alongside the dark knight. 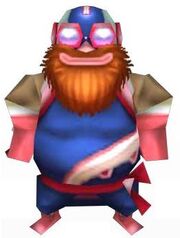 Cid is the inventor of the airship. Passionate about the skies, he deciphered the ancient writings of Baron and learned the ancient skill of levitation. He combined this skill with his theory of aeronautics, and eventually developed an airship. Being an honest craftsman, Cid is disgruntled that his creation is used for military purposes. Yet under Imperial commendation, he is appointed chief airship engineer.

Cid has lived alone with his daughter since his wife passed away. He treats Cecil like a son and often took the boy for rides on his airships in the past. 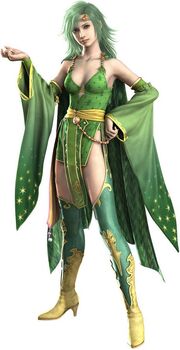 Rydia is a summoner of Mist Village. When she was born as a summoner of pure blood, the occasion was celebrated by the entire village, and she was raised with care by everyone. She possesses the remarkable ability to summon monsters and deities. Typically young girls make far more powerful summoners than adults because entities of the Land of Summons tend to be more trusting of those who are pure of heart. Rydia's innocence helps maximise her ability 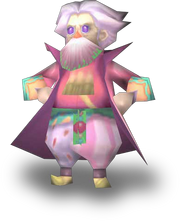 Tellah now lives in Kaipo, but he spent his younger years as a famous sage in Mysidia. With his intelligence, he managed to decipher numerous ancient magic scrolls. But one day he completely lost control of his magic and injured many Magi as a result.

In repentance, Tellah left Mysidia. Eventually marrying an ordinary girl from a nearby village, he was blessed with a daughter named Anna. Since his wife's death years ago, Tellah has devoted all his attention to Anna. He has a tendency to lose his head when it comes to his daughter. Over time, he has forgotten most of his magic. 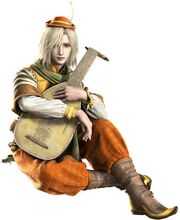 Edward is the prince of Damcyan, heir to become the 7th king of the region. Reared in an indulgent royal family during peaceful times, Edward grew up to be a mild-mannered young man.

As a Damcyan royal, it is important to excel in recitation and business. Edward has been blessed with a talent for oration, and he is admired by the citizens of the kingdom. Yet he shows no interest in business or wealth. He leaves his kingdom for a while and wanders the world as a minstrel. 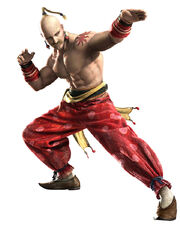 Yang is a taciturn, composed man who is the leader of the monks of Fabul. He has trained intensively from an early age and become the most powerful martial artist among his peers. Yet he doesn't bask in his glory, which makes him a character of high repute.

Long ago, magic was sealed away by a wise man. Hence, learning magic was considered a Herculean task. The twins Palom and Porom studied different types of magic from an early age. They both learned at an incredible pace, like the wizards of ancient times. Their parents were astounded at their talent and decided to place them under the tutelage of the village elder.

Palom is a restless and slightly ill-mannered youth, almost always up to mischief. He is often punished for playing pranks on the village elder. Porom, calm and well-mannered, assumes the role of the older sister and often scolds Palom for his behaviour. The village elder is fond of them both and has a lot of confidence in their abilities. 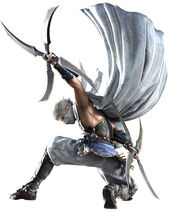 Edge is the royal prince of Eblan and the only successor to the throne. A brash and confident young man, Edge hates losing at anything or feeling restrained in life. But beneath his intense exterior lies a kind-hearted personality. With a resolute sense of justice, he is not easily manipulated by strong individuals. This enduring spirit makes him popular among the masses. He possesses all the necessary qualities to be king.

FuSoYa is an entity of unknown origin. This creature somehow knows everything: the terrible battles that pervade the earth, the dark conspiracies of a villain, and the distress of a young man's heart filled with destiny. He observes the conflict between 2 key figures, which will ultimately unseal the legendary path.