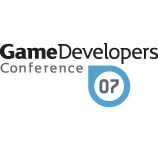 The Game Developers Conference took place March 5 to March 9 at San Francisco's Moscone Convention Center. An I am 8 bit art gallery of old school game art will be on display. Eiji Aonuma will also be discussing the Zelda franchise and there will be a rare appearance from Mario and Zelda composer Koji Kondo.

GDC Mobile (scheduled March 5–6) the leading industry professionals on Mobile phone games is going to give presentations on in-depth technical and seminars on world marketing of Mobile games. Information of this seminar is supported by statistical research and market analysis. These presentations will give tutorials on 3D, design, and programming for mobile games.

Serious Games Summit GDC (scheduled March 5–6) will be giving sessions on developer training and education. Seminars will also be given on design, production, implementation, character developenment, and assessment issues.

Game Connection (March 5–6) is where world wide buyers will meet game distributor and publishers. They discuss the financing, publishing and licensing of game projects.

Robert Tercek chairman of GDC makes an Key note announcement from 9 to 10AM. The announcement will cover gaming on mobile phones. The year 2008 marks the 10th year in mobile phone gaming. The speech will cover examples of the games which signify the turning points, breakthroughs and pitfalls of the recent past as well as an analysis of the trends and emerging developments which herald a major shift in the mobile games market of the near future.

Phil Harrison, President of Sony's Worldwide Studios, will share with developers creative and commercial opportunities made real by the third age of videogames. Harrison speaks about the industry and the consumers. He spoke about audience participation and emergent gameplay. Harrison showed new features of the PS3 and described the avatar customization and demonstrated some of the game performances on the PS3.

IGF Student Competition Finalists (scheduled March 7–9) will be showcasing their games and modifications.

Shigeru Miyamoto Senior Managing Director, Nintendo will speak about notable Nintendo breakthroughs. Miyamoto's spoke about the changing gaming market and Super Mario Galaxy. He describe his own personal test of 'expanded audience', calling it the 'Wife-O-Meter', and charting how his personal history of games have affected his wife's interest level in games. He described how his wife became a gamer through playing Nintendogs and Brain age. He also discussed how Nintendo controllers were designed with group input so the controller can be used by anyone. He also described that elements of Super Mario 128 was mainly placed in Pikmin and some elements are placed in Super Mario Galaxy

Game Connection (March 8–9) is where there is networking and matchmaking between buyers and creators. Game developers and publisher will present their material to buyers.

Game Career Seminar (March 8–9) is where individuals learn how to advance their career in gaming.

Game Art Network Guide (G.A.N.G.) awards will be handed out.

GDC announces GDC Radio digital store has already added audio from almost 150 sessions taking place at Game Developers Conference 2007, with each downloadable for a small fee. Sessions can be downloaded for $7.95 and it will be in a mp3 format.