GameCube Controller Adapter for Wii U

This is a peripheral which will allow you to use GameCube controllers with Super Smash Bros. for Wii U.

You can connect up to four GameCube controllers using the GameCube Controller Adapter for Wii U. The peripheral plugs into the Wii U console with two USB cables. (You can use either the USB terminals in the front or rear of the console.) 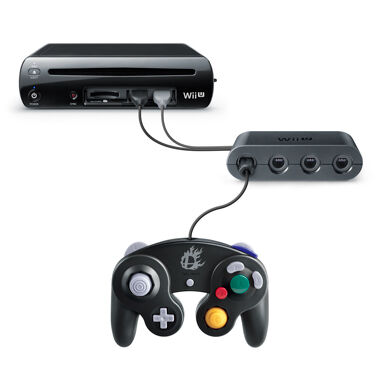 It is unknown if the adapter is compatible with any other Wii U games.