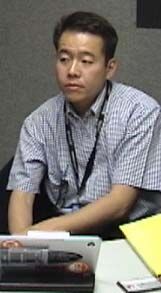 Hideki Konno, also known as Hidequi Konno, is a game designer at Nintendo.

Konno started as a graphic designer and programmer in the late 80's. He made his debut as a designer as one of the map designers on Super Mario World and made his solo directorial debut on Mario Kart 64.