Hitman is a video game series available on PC for Microsoft Windows, as well as several video game consoles, including Xbox, Xbox 360, PlayStation 2, and GameCube. The games revolve around Agent 47 (usually simply referred to as "47" or "Mr. 47"), an assassin-for-hire whose flawless record places him in high demand amongst the wealthy and elite. The game series is developed by Danish developer IO Interactive, previously a division of Eidos Interactive, which was later acquired by Square Enix. The video games in this series feature a mix of orchestral and electronica musical scores, composed by Jesper Kyd. 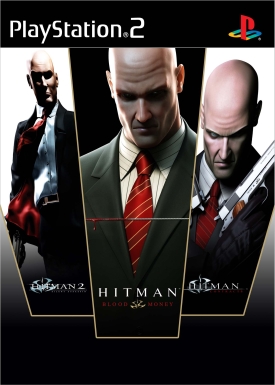