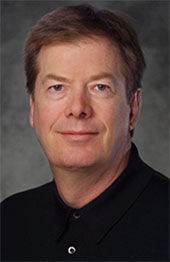 Larry Probst (Lawrence F. Probst III) is the executive chairman of the board of directors of the video game publisher Electronic Arts (EA).He was the CEO of EA from 2004 to 2007 and was replaced by John Riccitiello who is re-hired by EA on April 2, 2007. Probst worked from Johnson & Johnson and later on Clorox before being recruited into the videogame industry through Activision in 1982. In 1984 he joined EA as Vice President for Sales. Probst became President and Chief Operating Officer when John Riccitiello resigned in April 2004. He has a wife, Nancy, and two sons, Scott and Chip.