Two objects in Grid Wars, the one left is using heavy light bloom while the oject on the right has none.

A graphical effect that creates a fuzzy atmosphere of light around sources of light. It can resemble the soft focus technique used in films.

Light Bloom has been shamelessly abused in titles such as Fable or Prince of Persia: The Sands of Time. Light bloom saw a surge in popularity in 2004, which prompted GameSpot to have an award that year for "Most Light Bloom". [1] 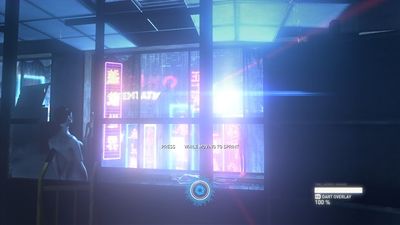 A compilation of over-the-top light bloom effects in video games can be found here.