List of protagonists in Ghost Rider: The Video Game 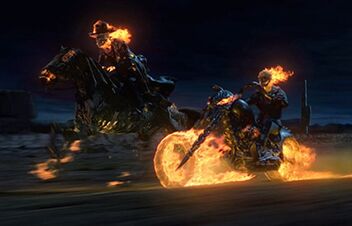 This article covers the protagonists of the 2007 PS2 game

The wiki for the game is available here [1].

Johnny's father was a bike stuntman and a hero around the neihgbourhood , when Johnny's father was struck with cancer , Johnny made a deal with Mephisto to sell his own soul in exchange of his father's health. The following morning Johnny's father was cured of his cancer but died a few hours later in a stunt accident , staged by Mephisto. Several after the incident , Johnny would one night transform into a flaming skeleton , Mephisto appears and tells him he is the new Ghost Rider. See Ghost Rider Gameplay [2]

The previous Phantom Rider , Carter taught Johnny everything he knows about controlling his powers and honing his skills. He still supports both Johnny and Blade. 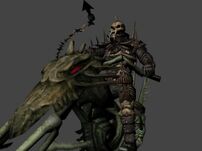 The Ghost Rider of 2099 , Kenshiro is a japanese computer genius and a cyborg ghost rider. See Kenshiro Gameplay [6]