Lost planet takes place around E.D.N 3 when humankind has to leave the comfort of earth when it becomes inhospitable. During this colonization of the new world mankind discovers a deadly alien species, the akrid. As invincible as they were humankind were soon to discover their secret, the precious thermal energy that keeps them from freezing in this cold, unforgiving planet. Humans finally stopped the colonization and abandoned the planet. Though the few privileged made it off alive, the rest of the humans banded together in groups and became "Snow Pirates." One such group were the crimson unity. Also, the powerful military force NEVEC was left behind to police the planet. During a raid on the NEVEC facility 'The dome' Humankind discovered the akrid's secret, and they were suddenly determined to fight. And then a State-Of-The-Art Mech named: Vital Suits, or in other words VS. The VS Proved a useful weapon against the akrid, this then brings you to your character, Wayne Holden, with a special revolutionary recovery system named the harmonizer. Known characters further on in the game reveal they to have harmonizers, but that will remain a secret. Also, during the raid of the dome you encounter one of a terrifying akrid species, the greeneye race, during this encounter he cannot be killed. The next encounter is where you can kill him. Then, meeting a man named Bandero, which almost destroys the VS that once belonged to your father, and then recovers it to give it a upgrade, with two EMF Blades and a very powerful laser vulcan, after which you kill and take it from him to destroy the NEVEC commander in his powerful flying VS. 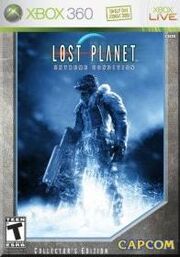