MJOLNIR battle armor is a fictional suit of battle armor in the Marathon Trilogy and Halo series, both in the novels and the video games. It is a heavy and complex suit of ground infantry armor of the United Nations Space Command in the Halo series. The armor is named after MJOLNIR the hammer of Thor in Norse mythology

The MJOLNIR Mark I was originally an exoskeleton powered by a large generator created by the USNC. The Mark I battle armors improved the strength and stamina of the user's muscles. The armor was also impervious to light weapons. The suit use a hydraulic system and had an immense power consumption, requiring either a connection to a stationary power generator or access to microwave power generators, which hampered movement and rendered it impractical. Due to its inefficiency, it was never seen in battle. However, it was used to carry heavy equipment in docking bays, and dozens of others were dumped in Reach's titanium mines. The original armor's HUD could generate an accurate targeting reticle and also had an armor status display. Its outer layer was composed of titanium and other strong metals which would provide protection for the wearer inside. The Mark I concept was scraped and redesigned by Dr. Halsey's team for use as battle armor

Armor with same HUD as Mark I, but needed a large power supply like its predecessor. It was abandoned and never appeared on the field.

This was armor with a smaller exoskeleton than the previous armors, and had much of the same features. It still had to be connected to a power supply and couldn't move far. 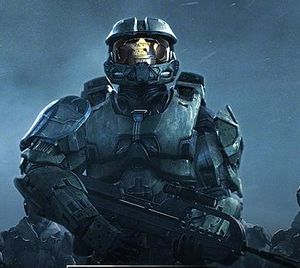 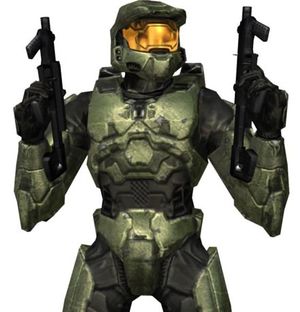 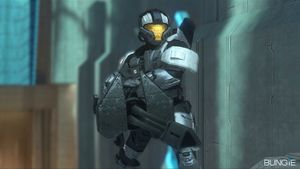 The MJOLNIR Close Quarters Battle Armor or CQB Armor was developed in Beweglichrüstungsysteme in Essen, Germany and tested in both Essen and Songnam, South Korea. The armor is based on information gathered in the Jericho VII Theater and it is used for survival and mobility in close combat areas. It is an armor permutation in Halo 3 multiplayer. 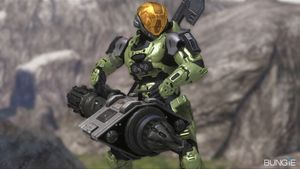 The MJOLNIR Extra Vehicular Activity Armor or E.V.A. Armor was developed in Lister, Aigburth, Ganymede by the United Nations Space Command. The armor was created based on information gathered in the Summa Deep Space Incident. The armor was developed in a Zero Gravity Testing Facility and used for mobility in areas with zero gravity. It is an armor permutation in Halo 3 multiplayer.