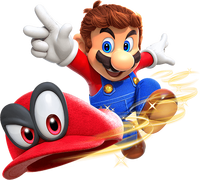 In The Legend of Zelda[edit | edit source] 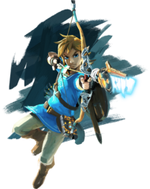 Link's Breath of the Wild artwork.

Despite the series referring to Princess Zelda, Link is the protagonist who is destined to save Hyrule from Ganondorf, or his alter-ego, Ganon. Zelda made a few epononymous appearances as the main character.