MonstersGame is an internet-based Role Playing Game (RPG), developed by Red Moon Studios, in which a player can choose to assume the role of a Vampire or a Werewolf, in a war to become the best. The game is a PvP game, meaning a player plays against other people. The game is supported by advertisements making it free to play, however a player may purchase a Premium account upgrade and play ad-free.

For thousands of years a merciless war has raged between the werewolves and the vampires. This is not just a war over hunting territories, this is the ultimate battle to decide who will rule the world! The war between the werewolves and vampires has also spread to the internet, you too have the chance to join one of the warring parties, perhaps tipping the balance in favour of your chosen race.

A player's experience determines his/her level. Your level allows you to purchase higher level items and sentinels. Once a player reaches level 20, a new gameplay arena opens to them, the Ancestral Site. Players gain experience by winning battles against equal or higher level players, or by going on manhunts.

There are several attributes a player can increase on their character in MonstersGame. The first four are considered the "main" stats, and affect the outcome of battles. A new player starts out with their main attributes at 5 points. The cost of upgrading an attribute is equal to the square of the current level minus 5.

MonstersGame provides three main ways for a player to generate gold. A player can do shifts in the Graveyard, go on Raids, or they can Manhunt.

Raiding is the main gameplay of MonstersGame. This is where a player can attack other players of the opposing race (Vampire or Werewolf). In the basic version of the game, a player can randomly search for another player to attack every 15 minutes. If the player is a premium player, he/she can search for another player to attack every 5 minutes. The player, regardless of whether he/she wins or loses, is safe from being attacked for one hour. Also, the specific players involved in particular raid cannot attack each other again for twelve hours. This is to prevent bullying and constant attacks on a single player. Players also cannot raid or be raided if they have less than 25 health points. This is to prevent attacking players while they are very weak.

It only costs 1 gold to search for a player to attack. After a player attacks another player, the battle results are displayed, along with any gold stolen and experience awarded.

Manhunting is one of the two methods of PvE (Player vs. Environment) gameplay. It costs 10 gold to send a player's character on a manhunt. When a player sends their character on a manhunt, they choose the duration (in 10 minute increments), and can return at the end to view the results. Regular players can Manhunt for a total of 60 minutes per day, while premium players can Manhunt for 120 minutes a day. Not every manhunt is successful, as some will return nothing but a comical message, such as informing them that they tripped over a dustbin. When a manhunt is successful, they will receive loot (in the form of blood if they are a Vampire, or Flesh if they are a Werewolf), gold, and experience. How much they receive is random.

If a player has no gold to spend on a manhunt or a raid, they can send your character to work in the graveyard. A player can work in increments of 1 hour, up to 12 hours total. They can return at the end of their shift to receive their wages, which depend on their current level. Players do not receive defense bonuses from their hideouts while doing a graveyard shift. Graveyards are good ways to make money when player cannot be at the game for extended periods of time, such as when they are asleep or are at work or school.

Another way gold can be made is by people clicking on a player's bite link. Players can leave their bite link anywhere on the internet, and when someone clicks on it, the player will receive between 1-3 gold, as well as 1-3 loot (liters of blood for vampires, and kilograms of flesh for werewolves). However, do to the unreliability of people regularly clicking on bite links, and due the very low amounts of gold and loot received from them, bite-linking is not an effective way to collect gold. 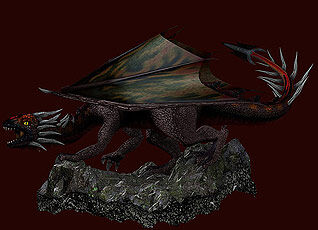 In MonstersGame, its every Vampire or Werewolf for himself/herself. A player can, however, have a companion, called a sentinel to assist them in battles. It will follow a player into attacks, as well as help them when they are attacked. Once a player reaches level 5, they can purchase the first sentinel, a Hound. As a player increases in level, they will qualify for different level sentinels. How the sentinel helps a player in combat is a closely guarded secret, and the source of much debate, however the following has been confirmed:

Sentinels are also used as "banks" by players to protect their gold from attack. A sentinel may be sold back to the store for its original purchase price, unlike other items (potions, armor, weapons and rings) which sell back for 50% of their original value. In this way players may save gold by trading in for higher and higher level sentinels (as their own player level allows). This is a particularly useful strategy for saving up for a high level weapon or piece of armor. Sentinels are the only way to safely hoard gold in MonstersGame. 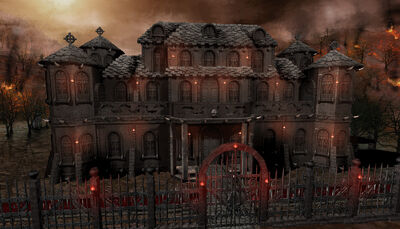 The hideout is where a player resides when he or she is not doing anything else in game. If a player is between actions, they are resting in their hideout. The hideout adds a protection bonus that varies with the level of the hideout components. The protection can add a defense bonus when attacked, as well as make it more difficult to be found during a raid search. The items available for upgrade are:

In MonstersGame, a player can purchase items with Gold to assist their character. Items are purchased from the Store as long as the player is not on a manhunt or working in the graveyard. Players also use items to store gold they do not want to lose in battles, at a sell-back cost of 50%.

A player can equip his or her character with a weapon to assist them in combat. Weapons can add damage points directly into the secret battle formula, as well as add or subtract from a player's agility. A player's most powerful weapon will automatically be selected for use in combat if they own more than one.

A player can equip his or her character with armor to boost their defense. Different types of armor can also subtract from a player's agility and stamina, for increased defense. A players strongest armor will automatically be selected for use in combat if they own more than one.

A player can purchase rings to give them an edge in MonstersGame. There are 3 main types of rings.

These are the four special abilities available to vampires:

The ability blood rage will give your vampire unimaginable strength. (Per level +5 strength)

The ability doppelgänger will enable your vampire to appear in two places at once. (Per level +5 agility)

The ability toughness makes your vampire more resistant to damage. (Per level +5 stamina)

The ability stoneskin makes your vampire more resistant to weapons and increases your defensive abilities. (Per level +5 defence)

These are the four special abilities available to werwolves:

The ability barbaric rage gives your werewolf incredible strength by allowing you to focus your rage on the enemy. (Per level +5 strength)

The ability reflexes allows your werewolf to move faster than the eye can follow. (Per level +5 agility)

The ability berserker makes your werewolf more resistant to damage. (Per level +5 stamina)

The ability fire makes your werewolf unapproachable and frightens off your enemies. (Per level +5 defence)

If the player choose to become a premium user at MonstersGame provides the player gets benefits in the game.

Since premium users have 120 minutes instead of 60 minutes, those players will advance faster than non-premium users (taken for granted that they are active players).

There are various options on how to make the payment if the player wants to become a premium user, such as payment via credit card, sms, DaoPay etc. After a major game update in 2008, the price for becoming a premium user raised (due to new options and more equipment in the game).

Clans are a group of players of the same race (Vampire or Werewolf) who play together as a team. Although the game has no set rules for clan wars, they are often played between enemy clans to increase enjoyment of the game. While in a clan the player can donate their gold to clans domicile which in turn allows more members to join the clan. Most MonstersGame players join a clan to try and become the best, often on worlds certain clans will eventually become the leaders of that world.

One of the most popular complaints from new players is that they are frequently attacked by other players of a much higher level. This is due to the design that any player can attack a player of the opposing race on their server. Other games by Red Moon Studios, and KnightFight, provide a form of new player protection, by imposing experience loss for attacking weaker players.

Many players also complain about repeatedly being attacked by the same player or clan, even though the game rules specifically state "Repeat attacks are NOT a form of harassment!" MonstersGame was meant to be a War between Vampires and Werewolves, so there is no accounting for honorable vs. dishonorable attacks. Often out of frustration, players often go to the game's forum suggesting some sort of penalty for attacking weaker players. The idea is summarily rejected, because "Noob protection won't be a part of MonstersGame".

Monstersgame will be completely reprogrammed and gets a complete rewrite, more information about this can be found on the website and when it should be ready.