Need for Speed: Carbon picks up where the player left off in Most Wanted, driving out of Rockport in his recently-retrieved BMW.

Driving through Carbon Canyon on route to Palmont City, a flashback of what seems to be a race against Kenji, Angie, and Wolf comes to the player's mind. A police incident at the end of the race forces the player to make a hasty escape from Palmont months prior. In the present day at Carbon Canyon, Police Sargent Cross in his Corvette chases the protagonist down the canyon leading to his famous BMW M3 GTR being totaled; Darius then compensates Cross, and the player meets up with Nikki later on bad terms.

Darius tells the player with the help of Nikki to clean up his image by beating the rival racing crews to gain territory and to reclaim his reputation as a respected street racer in Palmont. Winning races one by one, the player acquires territories and ultimately districts from Kenji, Angie, and Wolf. As the player meets up with racers who want to join the player's crew, the three major heads of the racing crews slowly reveal their side of the story, regarding the night the player took off from Palmont.

Securing all three districts, Darius asks the player to meet up with him, where he reveals he was just using the player all along. On the brink of being arrested by Cops, Nikki saves the player, and tells him that some of their team were telling the truth regarding about the infamous police incident months ago, and joins the player's crew as a selectable crew member. Realizing that Darius was ultimately liable for the player's fall, Nikki and the player attempt to conquer Silverton, and oust Darius and his "Stacked Deck" crew, to clean up their images once and for all.

A string of final races between the player and "Stacked Deck" ensues with the player coming out as the victor in spite of Darius's efforts. Knowing the rules full-wll, Darius grudgingly hands over his Audi to the player and exiles himself from Palmont but not without warning the player that "There's always someone out there who's a little faster than you are, and sooner or later they're gonna catch up."

Own the City[edit | edit source] 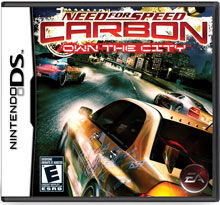 Need For Speed Carbon: Own the City boxart. 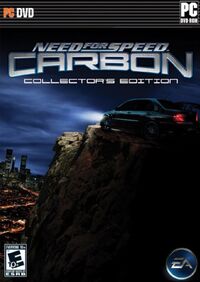