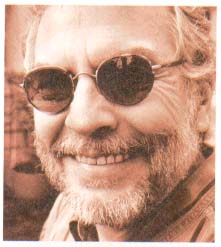 Nolan Bushnell is the founder of the original Atari. He influenced many of Atari's contributions to video-gaming history.

The beginning of his success came after creating Pong with Al Alcorn. It has since been learned that the idea of Pong first came when Bushnell played a game by Ralph Baer called Tennis for Two. While coin-operated arcade cabinets were the main venue for games, Bushnell later made a home "console" version of Pong, marking it among the first console generations. In 1977, Bushnell followed this up with the Atari 2600.

Since then, Bushnell has gone on to found more companies, some not related to gaming, such as Chuck E. Cheese. He once re-entered the video game market with a development company called Sente games (Bought by Midway in 1987).