Nolan Ryan's Baseball (known in Japan as Super Stadium) is a baseball game based on the retired baseball player Nolan Ryan. The game has no licensing from Major League Baseball and the Major League Baseball Players Association; meaning that Nolan Ryan is the only non-fictional ballplayer in the entire game.[4] All the other players have names that appear to be given names while Nolan Ryan uses his surname.

Different modes for playing include exhibition and regular season.[4] Unusual for a game at that time, it allowed a position player to be chosen as a relief pitcher or even as a starting pitcher. There is no designated hitter rule in this game so that the pitchers must go up to bat with their .150 batting average (which is below the Mendoza Line). While pitchers are not expected to hit above the Mendoza Line, having a hitter (or a group of hitters) go through a season with a batting average below .200 could indicate a lack of player skill.

There is no playoffs mode after regular season because all the teams are under one league. However, if more than one team has the lead for the pennant, a short elimination tournament will be held to determine the champion. The graphics look childish although their pitches are similar in speed to the actual Major League Baseball of that time. While the game was simplistic for the time compared to other baseball games, it has an advantage over newer games because baseball players never retire and the building (and saving) of stats is entirely possible.[4] The stats are followed throughout the entire year (for all the teams involved) and are adjusted after every play.[4]

This game was reviewed on the January 1992 (32nd) issue of Nintendo Power. 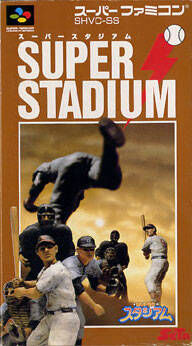