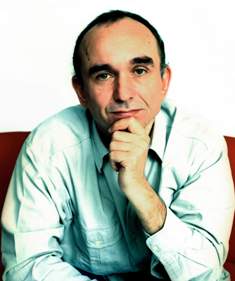 Peter Molyneux is regarded as the creator of the God game genre. Some of his work include Populous and Black and White.

Below is the apology that Peter Molyneux released shortly after the release of Fable for the Xbox due to the Hype Peter had created before its release.

There is something I have to say. And I have to say it because I love making games. When a game is in development, myself and the development teams I work with constantly encourage each other to think of the best features and the most ground-breaking design possible.

However, what happens is that we strive to include absolutely everything we've ever dreamt of and, in my enthusiasm, I talk about it to anyone who'll listen, mainly in press interviews. When I tell people about what we're planning, I'm telling the truth, and people, of course, expect to see all the features I've mentioned. And when some of the most ambitious ideas get altered, redesigned or even dropped, people rightly want to know what happened to them.

If I have mentioned any feature in the past which, for whatever reason, didn't make it as I described into Fable, I apologise. Every feature I have ever talked about WAS in development, but not all made it. Often the reason is that the feature did not make sense. For example, three years ago I talked about trees growing as time past. The team did code this but it took so much processor time (15%) that the feature was not worth leaving in. That 15% was much better spent on effects and combat. So nothing I said was groundless hype, but people expecting specific features which couldn't be included were of course disappointed. If that's you, I apologise. All I can say is that Fable is the best game we could possibly make, and that people really seem to love it.

I have come to realise that I should not talk about features too early so I am considering not talking about games as early as I do. This will mean that the Lionhead games will not be known about as early as they are, but I think this is the more industry standard.

Our job as the Lionhead family of studios is to be as ambitious as we possibly can. But although we jump up and down in glee about the fabulous concepts and features we're working on, I will not mention them to the outside world until we've implemented and tested them, and they are a reality.

Thank you for reading.