Pokémon Stadium (Pokémon Stadium 2 in Japan) is the second Pokémon Stadium game and the first game in the series to be released outside of Japan. It is a game for Nintendo 64 where the N64 transfer pak could be used to link with Pokémon Red, Blue and Yellow so the player can see all of his/her Pokémon in 3D. Players could also use the Transfer Pak to play Pokémon Red, Blue or Yellow on the Nintendo 64. The modes included in this game include Stadium, Gym Leader castle, Free Battle and also has mini-games to play. 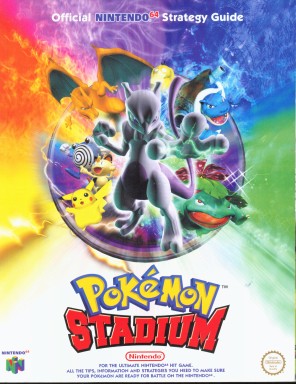