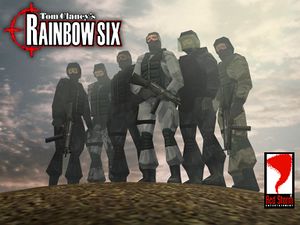 The following is a list of all the characters in Rainbow that are mentioned in Rainbow Six.

A Korean-only game called Tom Clancy's Rainbow Six: Take-Down – Missions in Korea was created for the South Korean market by KAMA Digital Entertainment. The game boasted South Korean RAINBOW operatives and weapons with a different story and interface. As of May 2008, it is not available for purchase outside South Korea. 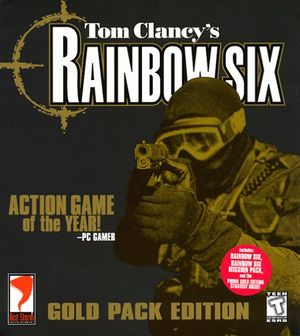 In June of 1999 Red Storm Entertainment released the Rainbow Six Gold Pack. This includes the original Rainbow Six, Eagle Watch, and a Prima strategy guide. This bundle was one of the top 15 best-selling games of 1999. 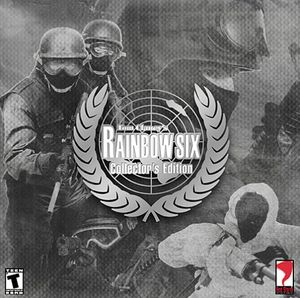 Rainbow Six Collector's Edition was released on November of 2000 for PC. It contains seven CDs and a comprehensive Prima strategy guide covering all five installments of the Rainbow Six series. One of these seven CDs is a special bonus third Covert Ops Essentials disc 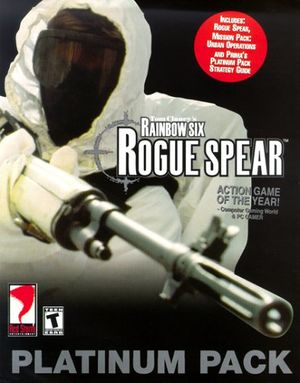 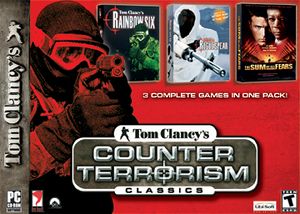 On December 2003 Red Storm Entertainment released Counter-Terrorism Classics for the PC. This includes the original Rainbow Six, Rogue Spear, and The Sum of All Fears. 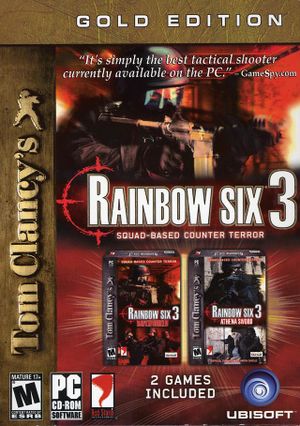 On March 9, 2004, Ubisoft released Rainbow Six 3 Gold for PC, an compilation which includes the scenarios from both Raven Shield as well as Athena Sword.