Ace Gamez[3] awarded a poor 1/10 saying, "this shambles of a shell of a sham of a wreck of a ruin of a shadow of a 'dog ate my homework' standard excuse for a game was nothing more than an abominably programmed, hideously simplistic yet almost entirely unplayable piece of garbage".

In the same way Strategy Informer[5] said the best moment of the game was "Listening to the fantastically laughable dialogue for the first time and wondering if a game can really be this bad." 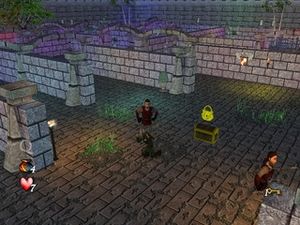