Semper Fidelis: Marine Corps and the earlier Söldner: Secret Wars, are First or Third person shooters meant to be played online. They also have a single player campaign mode for training.

Players can control over 100 vehicles, aircraft and watercraft. There are also over 100 firearms, grenades, launchers and equipment in the game.

The game has bad graphics for a 2006 release, the handheld weapons are detailed but have no moving parts (e.g. the slides on pistols do not move), they also sound like rubber-bands. The vehicles and aircraft are also detailed, and sound like their real-world counterparts (though some have mistakes, e.g. the M1A2 sounds like it has a diesel engine, when it actually has a turbine engine). 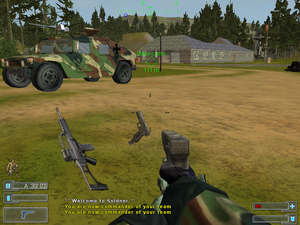 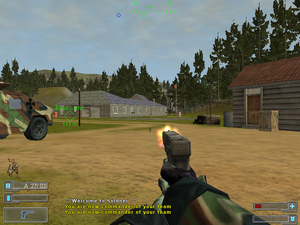