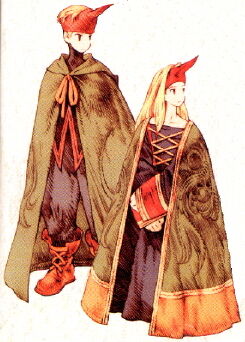 Summoners have pointy hats to channel the voices in their heads

Throughout the multiverse are many divergent realms. Some are similar to our own; some drastically different. Legend has it that Jet Li became superpowerful by defeating himself in alternate realms. 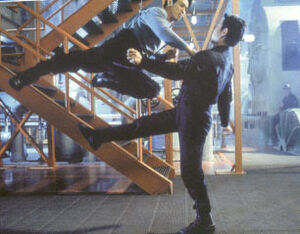 There can be only one!

Some magicians have learned the art of calling forth entities across realms, be they demons, spirits, or Bruce Campbell. The art of facilitating an entity's (or object's) travel from one realm to another is known as summoning.

Actually, summoning more frequently refers to just calling forth some great spiritual power within the confines of a single plane of reality, but this is far less exciting.

Summoners are a special class of magic users. Summons can have diverse effects - some helpful to allies, some harmful to enemies.

The Final Fantasy series is a popular proponent of summon magic. Through their own doing, it is now obligatory in all games that summons be accompanied by ridiculously long and flashy cinematic sequences. Can the player skip these cinemas? If not, that's even better. Final Fantasy IX actually gives the player a damage boost if the longer version of the summon animation is randomly chosen. 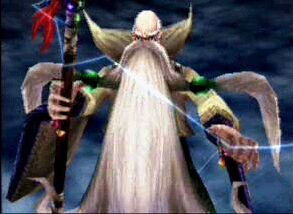 This is Ramuh. He's the lord of lightning, the titan of thunder, and he is pissed. 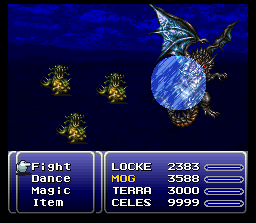 This is Bahamut. He's the black dragon on the right. He enjoys killing people and eating watermelon.

There is a tradition, steeped in ancient Japanese Shinto code, that a party of heroes must fight and defeat a great creature in order to be able to call upon it for help. If the heroes prove their strength, honor, and courage to legendary spirits such as Leviathan and the Tonberry King, they will be willing to assist the heroes in whatever pointless crap they want. 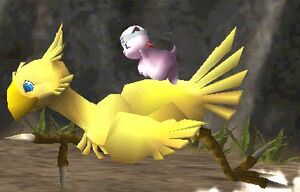 This is a Moogle riding a Chocobo. It's kind of kookie and fun.

In the broader sense, summoning is basically calling a monster to do your bidding. The following is a list of some games that use summoning: