The game took a new direction, since the main game mode featured a plot (leading to the game being labelled as a "Car-PG") where the user took on the role of a fictional race driver called Ryan McKane, trying to make a name for himself in a multitude of car championships, all the while under the shadow of his more successful older brother and haunted by the death of his father on the racetrack (as witnessed by Ryan as a child).

Despite this slightly clichéd script, the racing elements of the game continued to receive positive reviews and the game went straight to number one in the UK game charts. Xbox and PC conversions followed in March 2003, with a further Xbox version released several months later at budget price adding Xbox Live support. The game came under heavy criticism because of its inaccurate damage models, in some cases a Mini was able to complete the circuit despite only having 1 wheel and no doors.

Interestingly, the British Touring Car Championship (ToCa) which gives the game series its name, returned for this game. The real-life championship had undergone a transformation after most of the manufacturers had pulled out, and crowd numbers dropped, so TOCA asked Codemasters to include the series to boost the audience interest. However, the return was short-lived.

Many tracks were added, and some of the "World" tracks were not continued from Toca "3", despite their popularity, such as Watkins Glen and Surfer's Paradise. The game continued with random grid positions and no penalties for bad driving. 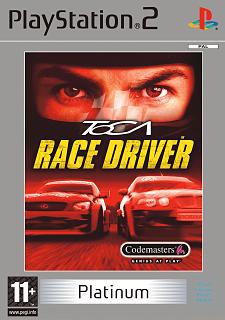 The Box Art is a drivers eyes glaring at you with 1 Lexus IS300 and A MG ZS with the Codemasters logo at the bottom.