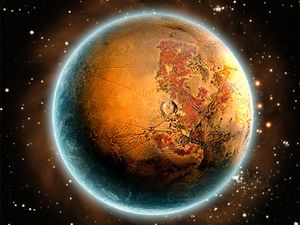 The serene world of Tallon IV

Tallon IV was a home to the wandering Chozo, for long enough that the planet is littered with their ruins and lore. Samus Aran landed on Tallon IV in Metroid Prime, after a Space Pirate frigate (the Orpheon) she was investigating in orbit above the planet crash-landed.

The Chozo lore of Tallon IV tells of a mighty meteor that struck the planet, bringing with it Phazon - which was in turn what attracted the curious Space Pirates. The Chozo lived on the world spiritually connected to nature, such that when the poisonous Phazon tainted the water and plant life, the Chozo, too, suffered. A combination of the Phazon and Space Pirates wiped the Chozo out on this planet, only their ghosts remaining.