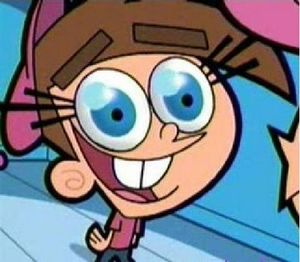 Once again, Timmy Turner's mother and father have gone on a vacation, and left Timmy with the evil babysitter Vicky. When Timmy tries to make a wish, his fairy godparents Cosmo and Wanda tell him that it's against "Da Rules". Outraged, Timmy wishes he didn't have to follow the rules. So, Cosmo destroys the book. Vicky arrives, and gains possession of Da Rules. She wishes Timmy was still sleeping, and since she has possession of a fairy item, her wish is granted. Timmy, Cosmo, Wanda and Julia go to Fairy Court, and are accused of destroying Da Rules. Jorgen Von Strangle gives the three of them 49 ½ hours to find the missing pages of Da Rules. Timmy must navigate through ten levels and find the pages before Vicky's wishes become too extreme! 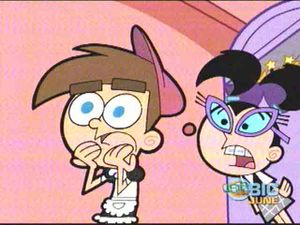 The PC version features a different concept. Here, Juandissimo Magnifico tricks Timmy into wishing the book destroyed so that Cosmo and Wanda will get in trouble for it. It also features an appearance by Vicky's mother (at Timmy's age, as the level featuring her is set in the past), named Nicky. Here, she looks and acts exactly like Vicky, which is a direct contradiction to the series itself (although the game was released before Channel Chasers, where Vicky's parents first appeared). 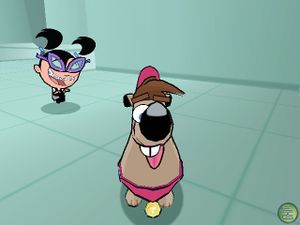 In the Game Boy version, Anti-Cosmo arrives to steal the book, and you defeat Vicky at the very end to restore peace.