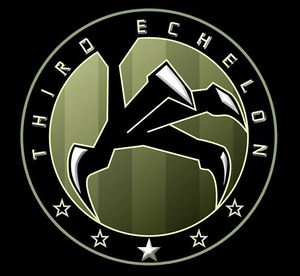 For the past five decades, the NSA has engaged in the passive collection of moving data, intercepting communications en route. But as sophisticated digital encryption becomes more commonplace throughout the world, passive collection is deemed insufficient. The NSA launches a top-secret initiative, Third Echelon, marks a return to classical methods of espionage, backed by the latest in cutting-edge technology for the aggressive collection of stored data deeply behind enemy lines. No longer filtering the world through satellites and antennas (SIGINT), Third Echelon field operatives codenamed 'Splinter Cells' physically infiltrate dangerous and oftentimes politically sensitive enemy locations to collect the required intelligence by whatever means necessary.

- To keep all operations invisible to the public eye and political world.

- To work outside the boundaries of international treaties, but know that the U.S. will neither acknowledge nor support their operations. Unofficial 'Fifth Freedom'.

The NSA is the United States' cryptologic oversight organization. It coordinates, directs, and performs highly technological activities to protect U.S. information systems and produce foreign intelligence information. In response to the growing use of sophisticated digital encryption to conceal potential threats to the national security of the United States, in the virtual world, the NSA has ushered forth a new dawn of top-secret intelligence-gathering techniques, beginning in 2003. Third Echelon marks a return to classical methods of espionage, enhanced with leading-edge surveillance and combat technology for the aggressive collection of stored data in hostile territories, rather than through signals intelligence, satellite intelligence, or other techniques physically less risky.

Since the NSA is a U.S. government agency tasked with breaking codes and intercepting signal traffic, its operatives typically monitor transmissions sent all over the world, scouring them for anything that could pose a threat to national security. In the virtual world, Third Echelon is the internal black-ops unit which the NSA uses when critical intelligence cannot be obtained by passive means. Third Echelon resolves the situation by conducting so-called "physical operations" — a euphemism for direct action. To do so, Third Echelon deploys elite intelligence-gathering units known as Splinter Cells.

The first recruit of the Splinter Cell program was Samuel "Sam" Fisher, the protagonist in the series. These lone field operatives are supported by a remote team. They are used in situations where more than one operative — even though highly secret — would arouse too much attention. They infiltrate secure installations, seize critical intelligence, destroy dangerous data or equipment, and neutralize the enemy as needed, without leaving a trace. The doctrine of Third Echelon is that although killing may compromise secrecy, "the choice between leaving either a witness or a corpse is no choice at all".

Splinter Cells are very unusual people, even when compared with "ordinary" special operators or "ordinary" spies without official cover. They have extraordinary training and skill, are mind-numbingly precise, they deal with grave stress and risk, and they know that a single mistake could be fatal to them. Due to the complexities of their operations Splinter Cells undergo rigorous training. Stealth skills and hand-to-hand combat skills are stressed, due to the fact that they must remain invisible while conducting extremely covert operations. Stealth skills are highly stressed in order to complete operations. Splinter Cells are taught how to move through areas completely undetected, both by enemy ears and eyes. Stealth training could possibly include infiltration techniques, exfiltration, silent movement, and silent combat on a solo operating scale.

Due to political establishment, sometimes triggering a single alarm can mean mission failure. Depending on the importance of the particular mission at hand. When an enemy is encountered, Splinter Cells need to be able to silence them quickly and quitely. It won't help their mission if they alert nearby comrades. Splinter Cells receive excellent hand-to-hand combat training. This is useful when grabbing specific targets or seeking to extract intel from guards. In close combat situations Splinter Cells express great control and skill when applying such techniques. What can be assumed is that their combat training is centered around remaining silent while engaging. Either way Splinter Cells are with out a doubt, capable of performing the duties of what a U.S. Special Ops team can.

Originally, Splinter Cells operated alone, although later developments (2006) indicated that at least two-man squads were being used. The ability to operate in this manner is referred to as the "Fifth Freedom" — that is, the freedom to do whatever is deemed necessary to protect the four cornerstones of American moral thought, as defined in one of President Franklin D. Roosevelt's famous speeches. Roosevelt articulated these as "freedom of speech, freedom of religion, freedom from want and freedom from fear." Under the unofficial Fifth Freedom, an operative may disregard any law, agreement, or framework of ethical behavior in order to protect the other four. For example, the operative may kill in combat or by assassination, may torture or kidnap people, may deploy on U.S. soil, may spy on other U.S. government agencies, etc. The downside is that if an operative is captured or killed, the U.S. government will disavow them — either by claiming that the person has gone rogue, or by denying that they even existed. Mission objectives and locations vary, but a Splinter Cells basic goal is to infiltrate the area of operations (AO), do the required things there, and then escape without being detected. Special Reconnaissance is the Splinter Cells core competency.

The main point of contact and source of information for the field operative is the Operations Coordinator, who oversees the remote team of researchers, hackers, and strategists. He is Colonel Irving Lambert, USA, (ret). In espionage parlance, he would typically be described as the operative's "handler" or "controller". When traveling, a Splinter Cell carries a portable transmitter wherever he goes. The operative has subdermal microchips and at least one cochlear implant, designed to help him stealthily communicate with Lambert.

In 2006, a new team-based program called SHADOWNET has been launched by NSA analyst Dermot P. Brunton. Usually teams are composed of two "Splinter Cells in training" to complete objectives impossible for one operative. They operate laterally, shifting command structure in the field as the situation demands. Occasionally, Shadownet operatives perform missions in the same general AO as Splinter Cells, but direct contact is prohibited to prevent agents from being compromised. Shadownet spies generally carry the same equipment as Splinter Cells, however, occasionally they are not allowed to carry lethal weapons and are instead issued P190s, P90s modified to shoot rechargeable sticky shockers attached with 40mm multi-purpose launchers for their gadgets. Later in 2008 the spies directly run under Third Echelon instead of Shadownet. The Shadownet spies were deployed for field operations during Tom Clancy's Splinter Cell: Chaos Theory, and continued to do so in the PlayStation 2/Nintendo GameCube/Xbox/Wii versions of Tom Clancy's Splinter Cell: Double Agent.

In the Xbox 360/PlayStation 3/PC versions of Splinter Cell: Double Agent, their equipment and general outfit changed dramatically. The way the team operates has also changed slightly. The team members operating during missions have been increased from two to three and they are no longer allowed to use their projectile weapons to discourage enemy contact. However, with the lighter load the spies of Third Echelon have acquired much higher agility and new acrobatic maneuvers for missions.