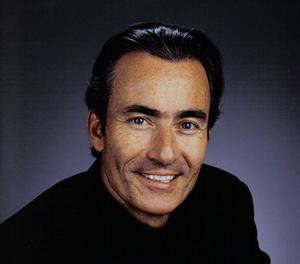 William M. 'Trip' Hawkins III (born 1953) is a Silicon Valley American entrepreneur and co-founder of Electronic Arts, The 3DO Company and Digital Chocolate.

Though he remained Chairman of the Board, Hawkins transitioned from EA in 1991 to form 3DO, a video game console company. 3DO was formed in partnership with several other companies including EA. Upon its release in 1993, the 3DO was the most powerful video game console at the time.