Turok 2: Seeds of Evil (Violence Killer: Turok New Generation in Japan) is a first-person shooter video game for Windows, the Nintendo 64, and the Game Boy Color. It was originally released in 1998, and is based on the Valiant Comics comic book series, Turok. It was a highly anticipated game at its time, delivering impressive graphics and a vast array of creative weaponry. It was one of the first Nintendo 64 games to allow use with the RAM Expansion Pak.

The game was well received, garnering an 89% from the review collator Game Rankings for the Nintendo 64 version. 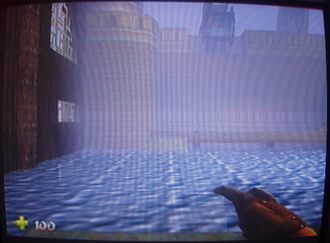