Additionally, a demo was released for Microsoft Windows before the full game's release. 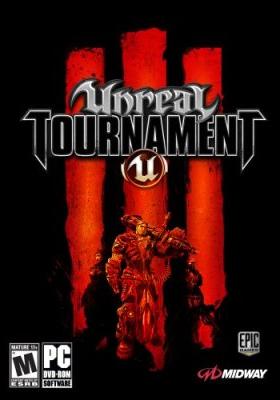 Epic president Mike Capps, announced on May 9, 2005 that UT 2007 will be similar to an combination of UT2003 and the original UT while maintaining the series' focus on multiplayer competition. He also mention the use of the Unreal Engine 3. Midway Games also announced that they will be the publishers of UT 2007.

Epic Games announce that they will showcase the Unreal Engine 3 at the Game Developers Conference of 2006 on March 20 to 24. The engine is supported by Ageia PhysX, a physics processor.

On July 31, 2006 Midway announced that Unreal Tournament 2007 will not be coming out until late 2007 and not at the end of 2006 as previously mentioned. The PlayStation 3 version has yet to be announced at this point.

On September 22, 2006, in an interview with Gamasutra, Tim Sweeney revealed that the PlayStation 3 version of UT3 will support user mods, created on PCs and downloadable to the console

Single player mode will allow the player to select from competitors from all races, and compete against a selection of preset teams, including: