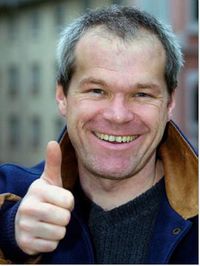 Uwe Boll is a German film producer and director, who works primarily on video game film adaptations, and has adapted many well known games such as House of the Dead, In the name of the king, Far Cry, and Alone in the Dark. Uwe is generally hated and regarded as a terrible film maker by most of the gaming community, and critics alike for his film adaptations, which are often regarded as being unfaithful, poorly directed, and that they ignore the source material.

Despite the gaming communities dislike for Boll, and his movies natrually underperforming, he uses a loophole in German tax laws that helps reward movies which perform badly. By doing this he has been able to continually direct more movies, regardless of how they perform. Despite his claims of being an avid gamer, he tends to change as many plot points as possible in his films, claiming people prefer car chases over adherence to the source material.