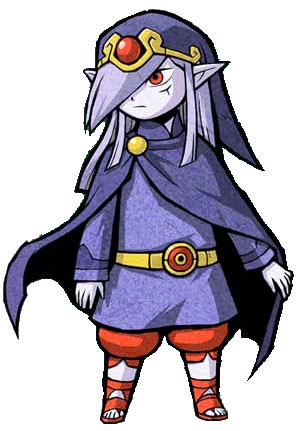 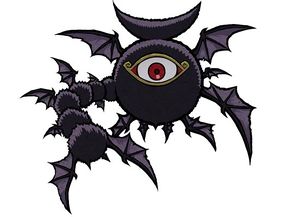 Vaati is a relatively new supervillain in the Legend of Zelda universe. Though he has not replaced Ganon, he has thus far starred in three games, two of them with little mention of Ganon at all.

Vaati seeks dominion over the world, but is not obsessed with the Triforce like Ganon is. Vaati will do basically anything he has to (kidnapping maidens usually works) in order to consolidate his power.

As legend has it, Vaati was originally a Minish. He was always fascinated with the activities of Men, whom the Minish regarded as dangerous due to their greedy hearts. One day, Ezlo made a magical cap that enabled its wearer to grant any wish he desired. Vaati stole the cap, transformed Ezlo into the hat form he took in Minish Cap, and made himself human. He went to Hyrule Castle, won a swordplay tournament, and from there basically wreaked havoc, unleashing evil monsters from a sealed chest and turning Princess Zelda to stone.

Link saved the day, of course. In the process of fighting Link in the final showdown, Vaati transformed into the malevolent eye-creature pictured above. From thence forth he was known as the Wind Sorcerer.

In Four Swords Adventures, Vaati's plan for conquest involved resurrecting the great evil Ganon. Or perhaps Vaati was being subliminally manipulated by Ganon's dark spirit? In any event, it wasn't very pretty.