A video game, while generally ill-defined throughout much of history, the term now generally encompasses any game played on hardware built with electronic logic circuits that incorporates an element of interactivity and outputs the results of the player's actions to a display. Video games that are played by loading disks or cartridges into a console unit connected to a TV are called console games, while games played on a personal computer are called computer games. There are also plug and play units, which are self-contained electronic devices that can play one single game when plugged directly into a TV. Systems where the game, screen and controller are all combined into a small portable unit are called handheld consoles (handheld game system if the choice of game is limited). Some video games are on a single stand-alone machine in a public place that is activated by inserting coins or tokens, which are called arcade games. 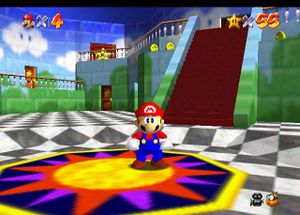 The challenge of a video game makes the hero's victory feel more personal.

Compared to other media, video games are a relatively recently created medium, and are slowly becoming more commonplace in most cultures. Originally games were very simple computer programs that attempted to remake games that exist in real life: Pong is a computerized version of ping-pong, Tetris is a modified computerized version of a Russian puzzle game Tetra, and the earliest computer games were probably algorithm trees based off extremely simple games like tic-tac-toe. These games were much like the early stages of cinematography, where people simply put a camera in front of a play. But eventually computers became cheaper and more common place, and the medium gradually grew into its own. 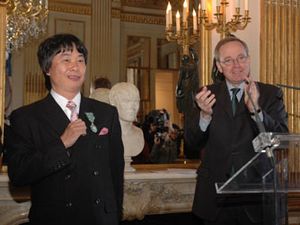 Miyamoto being named a knight in the French Order of Arts and Letters. 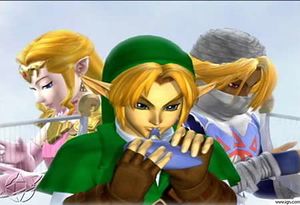 Repeated sound effects from video games can have a meaning that the player learns over time.

But most gamers know that GTA3 was special in that it allowed the player an unprecedented amount of freedom in both movement and actions (up to and including the ability to go on a bloody killing spree). Recently, video games have become a popular scapegoat in the media because of certain obscenely gorey or sexual games. But for many games, these things are only an outer layer, the real core to their design is in something called gameplay. 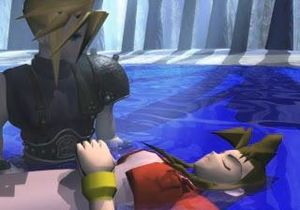 Video games have been used to tell stories that could not be told in any other medium.

Gameplay is, more or less, the system of rules (like gravity or range) and reactions that the player must abide by and manipulate to achieve the goals in the game. Much of the art in video games is in the gameplay, how the rules are designed, how easy it is to understand, and ultimately, whether or not playing the game is fun. This key variable is often referred to as the fun factor, as it is entirely possible for games to have a complex system of rules that is, in no way, fun or challenging to follow. Video games are different from other types of games like board games or card games in that this gameplay is not entirely known ahead of time. The players do not impose these rules and limitations on themselves, but rather, they're being controlled by a third part; the computer. 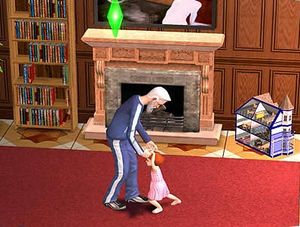 Some games, like The Sims, focus more on emotional and personal aspects of gameplay, rather than action.

This means a player can gradually (and often subconsciously) learn from trial and error, as well as observation, to ultimately understand and balance a complex system of rules that would have otherwise required them to read hundreds of pages in written instruction. But most gamers would agree that the ultimate quality and art of the experience comes from the overall blending of all aspects of the game, the gameplay, the visual aesthetics, the music, the goals, the characters, the story, and the environment.