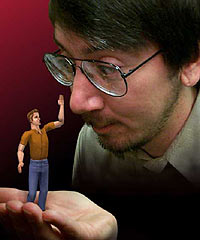 Wright with a Sim. 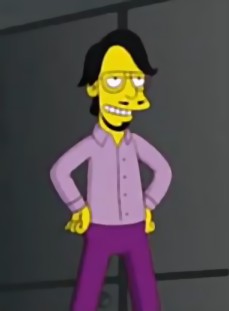 Wright as a villain in The Simpsons Game

Will Wright is a legendary game designer that leads and co-founded video game studio Maxis. Will Wright is famous for creating games such as SimCity and The Sims, and is currently developing the game Spore. He is best known for pioneering the sandbox/simulation style of gameplay. During the days of SimCity, most games had clear end goals. Wright is credited for going against those established ideas and inventing a new way to play without winning or losing.

Some of his favorite games include Civilization, Pac-Man and Populous.

Will Wright has now left EA and now has formed the Stupid Fun Club. EA will be the equity investor. However Will still spends some of his time at Maxis working on Spore and its expansions and patches.

Will Wright made an appearance as a villain in The Simpsons Game who is out to destroy the Simpsons' 8-bit counterparts from a previous videogame.