From Codex Gamicus
(Redirected from X360)
Jump to: navigation, search 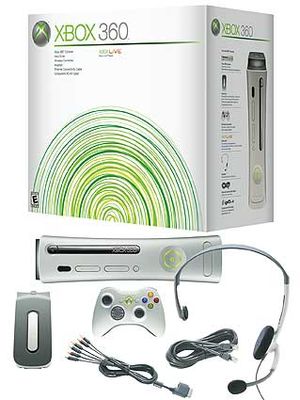 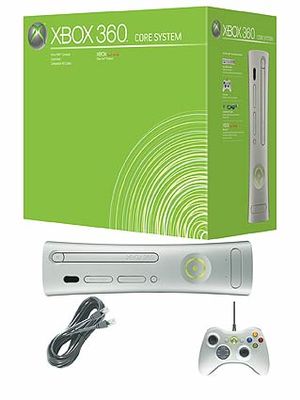 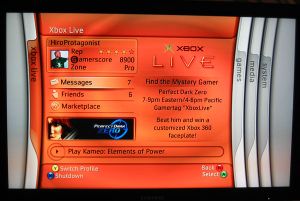 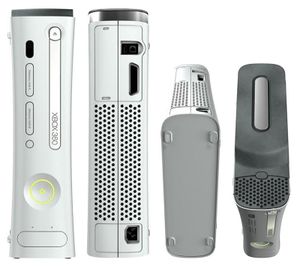 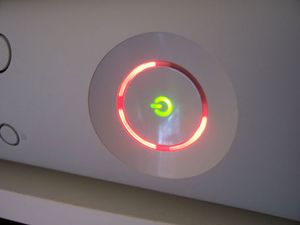 The three red lights that represent a general hardware error, also known infamously as the Red Ring of Death

The Xbox 360 is the second video game console from Microsoft and the first seventh-generation console. It was officially unveiled on MTV on May 12, 2005, with more information about the launch and games announced later that month at E3 2005. It competed with the PlayStation 3 and Wii. It was released in North America on November 22, 2005; Europe on December 2, 2005; and Japan on December 10, 2005.

The original Xbox 360 model has been subject to a number of technical problems, with users reporting concerns over its reliability and failure rate. The most infamous technical problem with the original model was the so-called "Red Ring of Death" – red lights on the Xbox 360's ring indicator that indicate a hardware problem such as overheating.

Significantly, the Intel x86 processor of the Xbox has been replaced by a custom IBM-designed processor based on the PowerPC architecture.

According to the official Xbox website, the final specifications of the system are: 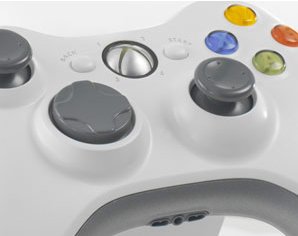 The Xbox 360 has the ability to support four wireless controllers. Additionally it can support three wired 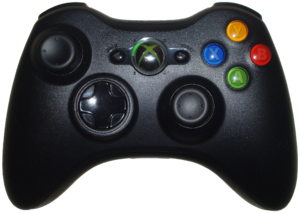 controllers through the use of its USB ports (two in front, one in back). The wired controller cords are nine feet in length and are breakaway similar to those used with the Xbox.

The controller for the Xbox 360 is a similar yet improved version of the Type-S gamepad for the original Xbox. The Xbox 360 controller adds the new feature of the Xbox guide button, which has the appearance of the Xbox 360 emblem and is surrounded by a ring of light. Pressing the Xbox guide button will bring the Xbox 360 out of sleep mode or instantly bring up the "Xbox Guide". The ring of light lights up to designate what controller "port" the gamepad is currently using and which console (if more than one) the controller is connected to. The black and white buttons have been redesigned as shoulder buttons, now referred to as bumper buttons, located above the left and right triggers. The rear of the controller has been redesigned to include a new port where the player can connect a headset. The new port replaces the two non-standard USB connectors on the front of the Xbox controller.

The Xbox Guide is a tabbed interface that contains several features such as: