The Xbox One is a home video game console developed by Microsoft as part of the eighth generation of video game consoles, competing with the PlayStation 4 and the Wii U, and the third console in the Xbox family. It was announced on May 21, 2013 as the successor to the Xbox 360 and is the first Xbox game console to be released in China, specifically in the Shanghai Free-Trade Zone. Microsoft marketed the device as an "all-in-one entertainment system", which competed against other media players such as the Apple TV and Google TV platforms.

In August 2016, a redesigned model known as the Xbox One S was released. It has a streamlined design, and minor hardware upgrades which add support for 4K video playback and upscaling, and HDR10 high-dynamic-range color. A future hardware revision, the "Xbox One X", is scheduled for release in November 2017 for the United States and the United Kingdom. The Xbox One X will feature major hardware upgrades focused on 4K gameplay and support for virtual reality hardware, as well as backward compatibility with all existing Xbox One software and hardware. 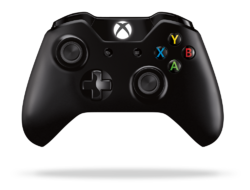 According to IGN,[2] these games were the launch titles:

Initially, the Xbox One was not compatible with Xbox 360 games, much to the disappointment of many fans. At E3 2015, however, it was announced that Microsoft would allow this service by allowing players to put their discs in the system and manually install it onto the hard drive via a download, but the disc would still be required to play that game. At least 100 Xbox 360 video games have been made backwards-compatible by developers since the November 2015 "New Xbox One Experience" system update.

During and after the revealing of the Xbox One many people were angered by the many restrictions and schemes, mainly but not limited to, "Always On" DRM, higher pricing than their competition (Sony), and the restriction imposed upon trading games. After this outcry, Microsoft rescinded many of these restrictions.