The Xbox Series X (codenamed Project Scarlett) is a home video game console developed by Microsoft. It was released alongside the Xbox Series S on November 10, 2020 as the fourth generation of the Xbox family, succeeding the Xbox One.[1]

It is part of the ninth-generation of video game hardware, and competes with the PlayStation 5.

The Xbox Series X was first announced at its E3 2019 press conference; the design of the console, as well as its branding ("Xbox Series X") and late-2020 release date, were revealed during a presentation at The Game Awards 2019 on December 12, 2019. Following the event, a spokesperson for Microsoft stated that the Xbox Series X was one of two consoles in a fourth generation of Xbox hardware, which will be branded as simply "Xbox" with no subtitle.[2] 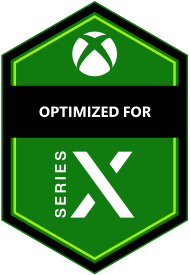