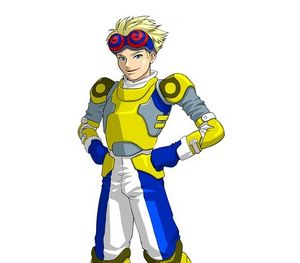 Zak is one of the 6 playable characters in the Fuzion Frenzy series.

Zak is determined to make it to the winner's pedestal. He's young, but don't let that fool you--- he's a player to be reckoned with.

Zak became famous in the last tournament, but soon became disenchanted with his success--despite his fame, the people around him were no closer to being happy.

Now the population explosion and technology have widened the gap between the rich and the poor, and Zak has joined the new tournament in hopes of donating his winnings to help those in need. This young and once-poor player is a threat to all around him.